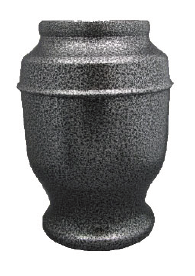 In the 19th century, the American Industrial Revolution was responsible for technological strides: The country’s first cotton mill, the invention of the telegraph and the sewing machine, and the completion of the United States’ first transcontinental railroad. Also born of the period’s innovation was the modern funeral industry, from the newly mechanized manufacturing of caskets to the reemergence of embalming, a means of corpse preservation in which chemicals are injected into the body to slow decomposition, a practice dating back to ancient Egypt.

By the early 20th century, funeral homes, as we know them today with their parlors, became commonplace, the locus for embalming, preparing the corpse, and for the funeral service itself. Save for the wider acceptance of cremation in the 1970s, this model of caring for and remembering the dead remained unchanged for over 100 years.

However, in recent years, scientific innovations and shifting outlooks on death have bred a change in the ways we plan for the fate of our corpses after we’re gone. Driven in large part by environmental concerns, other alternatives to standard casket burial are fueled by a desire to be creatively commemorated and a need for more cost-effective options. Catching wind of these issues, entrepreneurs are disrupting the funeral industry, with companies and organizations offering new services, like pressing a loved one’s ashes into vinyl and streamlining the cremation process.

The diversification of the funeral industry stems from the environmental impact of traditional burial and the rise of cremation. Casket burial can take a huge environmental toll, burying tons of wood, metal, and concrete in the ground, not to mention the toxic formaldehyde in embalming fluids. Eco-friendly burial options are introduced, where minimal resources are used.

While a cremation service is not without its environmental impact, the process requires about two SUV tanks’ worth of fuel; it’s an increasingly popular alternative that uses fewer physical materials. Cremation is the preferred method of after-life care in America. In 2015, cremation overtook burial with nearly 48 percent of America’s dead being cremated, compared to 45 percent burials, according to the National Funeral Directors Association. Last year, the NFDA estimated the current cremation totaled 53.5 percent compared to 40.5 percent for burial; the national cremation rate is projected to reach 80 percent by 2035.

Dr. David Sloane, a professor of urban planning, policy, and history at the University of Southern California, said that cremation is now the normal way to take care of the death of millions of Americans. He said that what that leads to is the ability to think outside the convention. Entrepreneurs, people taking chances, and people experimenting now begin to offer options.

While a desire for greener funeral options triggered the movement away from casket burial, Sloane says, capitalism pushed death toward a consumerist experience. Burying and cremating a loved one comes with a hefty price tag: the average funeral costs $8,508, while the average cremation and funeral ceremony totals $6,260, per the NFDA. Between offering more cost-effective and creative services, the market for after-life specializations is growing increasingly diverse.

Some companies are taking a specifically environmental approach to their innovation. The company Capsula Mundi places the ashes of a loved one in a biodegradable egg-shaped pod infused with a tree seed. Their mission is to create memorial forests in lieu of cemeteries. In the future, Capsula Mundi plans on marketing human-size vessels in which a body is placed as-is, no embalming, in the biodegradable pod and buried in the ground.

Bios Urns also sells biodegradable urns with seeds implanted in the chamber’s walls. Customers can either plant their urn outside with a tree seed of their choosing or purchase the Bios Incube, a minimalist indoor planter meant to house a Bios Urn, complete with a sensor that waters your sapling and tracks its health.

Wanting to minimize the environmental impact of burial is what brings both families of recently passed loved ones and folks pre-planning their services to Bios Urns, says Anni Reynolds, the company’s head of marketing and press. Since Bios Urns’ launch in 2013, the Spanish company has sold over 100,000 urns worldwide at $140 apiece, primarily to American consumers.

Similarly, Capsula Mundi, whose $457 biodegradable pods were first designed in Italy in 2003 and sold online since 2014, focuses on a return to nature as a company mantra. By fostering new life, a tree, death becomes less about cold headstones and more about a natural grave marker.

Not all funeral innovation is environmentally focused; a growing population is taking an interest in unique and creative ways to honor life after death Because social media created a public forum to broadcast one’s individualism, it’s not surprising that gradually that becomes true of you forever in the eternal phase of life. Having your ashes planted with a tree is another extension of asserting your singularity.

Jason Leach’s preferred method of immortalization is to press his ashes into vinyl. His UK company AndVinyly originally began as a personal venture: He wanted his loved ones to remember him by the music he liked and made, but he quickly realized many others wanted to leave their families with a soundtrack of their lives. Since 2006, AndVinyly has created over 100 records for a majority US-based consumer base (which means families are mailing their recently deceased’s ashes overseas), utilizing music and audio recordings sourced from voicemails and home movies. Leach uses a small portion of the ashes for each record, of which customers can request up to 30; the average package costs about $4,000, he says.

Throughout Leach’s decade-plus in the memorial record industry, he’s noticed an increase in consumers planning their after-life tribute; many AndVinyly customers are planning their records before they die. Because a traditional casket burial is no longer the only funeral option, people are taking higher stakes in their death wishes. Leach says that we are living a lot longer now and that we have the time to think about these things rather than being so busy surviving that it is not something that you had the luxury of considering.

The Strategic Military Advantage of Cremation 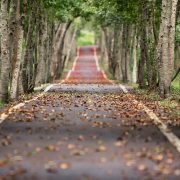 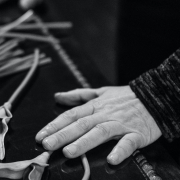 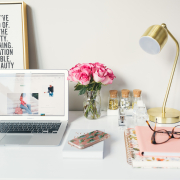 What is the right way to announce death on social media?