You are here: Home1 / About Us2 / In Loving Memory 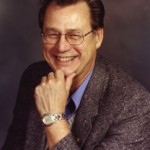 With his loving wife Linda, his sons Chris and Todd at his side on Friday, August 10, 2007 at the Stedman Hospice in Brantford in his 61st year. Devoted and loving papa of Meghan and Chelsey. Dearly missed by his mother Margaret of Waterford, his sister Pat Jamieson of Jarvis and his brother George Wardell of Paris, his niece Jackie and nephew Robbie as well as many family, close friends and neighbours.

Larry was an employee of Raymond Industries, with 23 years of service. He was also a devoted member of Queensway Baptist Church. Cremation has taken place. At Larry’s request his ashes will be scattered in his beloved Hawaii. 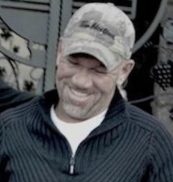 Passed away peacefully at home on Wednesday December 7th, 2016 at the age of 53. Loving husband and partner of Marcia. Dearly missed by his mother Marion and his father Bill as well as his brother John and his wife Brenda. Proud uncle of Bryan, his wife Brittany and Shawn. Fondly remembered by his extended family including Robert, Althea and Shiden. Survived by his sister Debbie and brother Kevin. Predeceased by his brother Paul (1979). As per Bob’s wishes, cremation has taken place.