Blog
You are here: Home1 / Blog2 / Articles3 / Legendary Actor Mickey Rooney Passed Away at the age of 93

Mickey Rooney was one of the few Legendary Actors that we get to watch from the time that we were young up to this day. Sadly, his film and TV appearances was cut short and then came to an end last April 6, 2014.
At the age of 93, Actor Joseph Yule, Jr. or as we popularly call him Mickey Rooney died. He has appeared in almost 200 films, and a number of television, Broadway and radio shows. His career started at 17 months when his parents would include him in their vaudeville routines. His movie career started in 1926 at the age of six. He was also a popular child and teen actor and appeared in films and TV shows like: ‘The Mickey Rooney Show: Hey, Mulligan’, ‘Orchids and Emine’, ‘The Big Chance’ and a whole lot more. One of his most popular films was with Judy Garland at ‘Love Finds Andy Hardy’. He also received a number of accolades including Academy award, Emmy awards, Tony awards and Golden Globe awards.
Mickey was also known to have himself been enlisted during the war. This came as a shock for some. But during that time, he was there to entertain and enliven the troops. His experience during the war was unforgettable that his advocacy for the veterans at war was evident up until his last breath.

Rooney grew up in front of the camera; he was a well-loved character on films and television. He was also a loved crazed kid. But because of his stardom, he was advised not to show this crazy side of him. However, his love crazed personality still continued on up until he became old. Mickey Rooney has had eight marriages. His last one was ended at 2012.

The films in which he appeared most recently were ‘Gerald’, ‘The Muppets’ and ‘Last Will and Embezzlement’.
Survived by his growing family, of eight living children, two of his step-children, nineteen grandchildren and a number of great grandchildren. Not much is known by his cause of death. And if he had direct cremation or was buried. He died surrounded by family. Prayers, funeral songs and commemorative speeches were given during his wake. 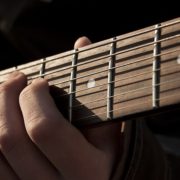 What It Takes To Live Like You Were Dying?

“Looking Through Your Eyes” performed by LeAnn Rimes

“With or Without You” – performed by U2

An Ivy Film Festival Inspiration for Honoring the Dead