Blog
You are here: Home1 / Blog2 / Articles3 / Choosing On Getting An Urn Rather Than A Coffin

When somebody dies, there is an endless amount of responsibility that is left with the deceased immediate family. There are different responsibilities that the family needs to take care of such as delegating who is going to pay for the funeral expenses as well as the burial. Funerals would take time and because of this, food, beverage, and many more are needed for the guests that are mourning as well. In order to avoid this kind of predicament as well as unwanted stress for the bereaved, people are encouraged to plan their passing. It may sound morbid but it is actually a practical move to plan ahead of time in order to give your family enough space to mourn for your loss.

Choosing what to do with your body after you pass away may be difficult at first but it is getting easier these days. Whether you would want to be in a coffin or in an urn is based on several factors. You have to think about your budget and the tradition that your family believes in. There is a rising percentage of people who would rather get direct cremation than choosing to be buried in a cemetery. It is cheaper than being buried in a coffin or paying for a lot for you to be buried in. People would rather choose to be buried in a cremation urn with their ashes preserved. The idea of being buried and taking up space in the cemetery is not appealing for them.

In conclusion, deciding whether to be in a coffin or in an urn is one of the weirdest decisions that you would have to make. However, you would still have to decide and plan out ahead of time. As aforementioned, there will be several factors that would help you in deciding. Depending on what these factors are, your decision would most revolve on practicality which brings us to the rise in the amount of people who would rather choose to be kept in an urn when they pass away. It is an affordable way to go compared to buying a lot for your burial and you will get to save land as well. 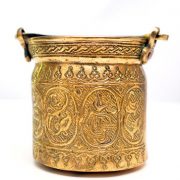 Can You Be Cremated Without a Service?

How is the decision made of who gets what? 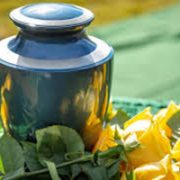 Can We Choose to Bury the Cremated Remains?