Death is inevitable. For others, it comes in anticipation while some are caught in an unfortunate surprise. Either way, as is life, death is and always will be a part of us.

Mourning our dead differs widely. Some prefer isolation. Others would execute elaborate tributes in remembrance. There are also those who want to uphold the memory of the deceased through hymns and songs.

Songs have become a part of funeral services far and wide. Whichever mood a hymn conveys, we make it a point to relate it to our beloved departed. Music, after all has a universal power. It revives memories, relives stories and help us remember how much that person meant to us.

There are plenty of funeral songs one can play during a service. One of the most popular ones is “Into the West” by Annie Lennox. The Oscar-winning song was used in the credits of the film, “Lord of the Rings: Return of the King” that echoes an Elvish lament song. However, Peter Jackson said that it was primarily composed as dedication to a premature filmmaker in New Zealand who died too soon.

Here, we explore the song line by line and how it connects us to the one who passed away.

Upon the death of a loved one, we often associate their passing as their final rest. It’s been a long journey, however short-lived. The departed has met with countless struggles, victories that have may have exhausted the person physically, emotionally and mentally. We believe that the person who passed on has finally experience peace unlike anything before. Ultimately, his/her death is a form of relief, knowing that they don’t have to suffer anymore.

Most of us believe that death is a deep sleep, where one is in another state. Often times when someone dies, we also like to think that the departed is reuniting with the ones who died before him/her in a special place somewhere up above. This is also again, a sense of relief because we know that that person is in a better place with those who have passed on like a reunion in heaven.

Why do you weep? / What are these tears upon your face? / Soon you will see / All of your fears will pass away / Safe in my arms / You’re only sleeping

There are two ways these lines may be interpreted. First is if the person is on the brink of death, their whole life flashes before their eyes. They initially fear the inevitable but when we are present as the person is dying, however hurtful it may be, we try to console them. We tell them that wherever they will be next, it will be peaceful.

The second interpretation is somewhat a displacement of our feelings upon seeing our departed. An endless flow of tears run down our eyes as we pray for the soul of the one who passed on. Painful as it is, we believe that the person is now finally sleeping the most restful sleep of his/her life.

What can you see / On the horizon? / Why do the white gulls call? / Across the sea / A pale moon rises / The ships have come to carry you home

In some cultures, white seagulls mean freedom. Upon the death of our loved one, s/he may feel a sense of freedom from all tribulations of this world. They are now on their next journey towards their final resting place. This chorus is such a powerful statement, illustrating how we feel when someone close to us dies.

Despite all the sorrow, we are happy and grateful that this person is finally free.

Silver and glass have shining, reflective and shimmering qualities. It is a poetic image of someone fading out of life. These lines are somewhat romantic in interpreting death in its purest form. Just like in historic, fantastical books, souls pass through calm waters, as if cradling them towards their final resting place.

Hope fades / Into the world of night / Through shadows falling / Out of memory and time / Don’t say: «We have come now to the end» / White shores are calling / You and I will meet again

Like every emotion, there is a sense of resolution. No matter how painful death may be, we still believe that someday, we will see our departed again; that this life is only a part of a bigger picture. Despite the hurt, guilt or anger we may feel, we are hopeful that one day, we will be reunited with our beloved. 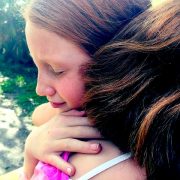 Speak with Care: What to Say in Times of Grief 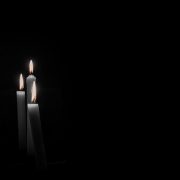 What To Say To Someone Who Lost a Family Member 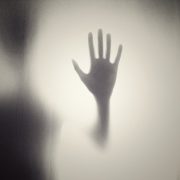 Gone Too Soon by Michael Jackson

The Scientist by Coldplay

A Layman’s Guide to Cremation
Scroll to top