Blog
You are here: Home / Blog / Funeral Songs / “If You’re Reading This” performed by Tim McGraw

“If You’re Reading This” performed by Tim McGraw

If you’re reading thisMy Mommas sittin thereLooks like I only got a one way ticket over hereSure wish ICould give you one more kissAnd war was just a game we played when we were kidsI’m laying down my gunI’m hanging up bootsI’m up here with God and we’re both watching over you[Chorus:]So lay me downIn that open field out on the edge of townAnd know my soulIs where my momma always prayedThat it would goAnd if you’re reading thisI’m already homeIf you’re reading thisHalf way around the worldI won’t be thereTo see the birth of our little girlI hope she looks like youI hope she fights like meStand up for the innocent and weakI’m laying down my gunI’m hanging up bootsTell dad I don’t regret that I followed in his shoes[Chorus]If you’re reading thisThere’s going to come a dayWhen you’ll move onAnd find some one elseAnd that’s OKJust remember thisI’m in a better placeWhere soldiers live in peaceAnd angels sing amazing grace[Chorus]

A song that holds dear especially to those who have family members serving the army, Tim McGraw’s “If You’re Reading This”, is indeed one of the greatest songs to pay tribute to our country’s fallen heroes. This song was first performed during the Academy of Country Music (ACM) Awards on May 15, 2007. Although it was not officially released as a single by that time, the live performance alone helped it receive airplay from radio stations which further bolstered its popularity at that time. As a result, shortly after the telecast, the single debuted on the Top Country Songs at number 35 without official radio airplay. “If You’re Reading This” is one of the many hits McGraw’s hits, peaking at number 41 on the Billboard Top 100.

Apart from its strong charting power, this song proves to be a very solemn and important to a lot of people – particularly those who are related to the military. Basically, this song is a story of a fallen soldier who is sending a loving message to the families that they have left behind. As observed throughout the song, it takes a narrative format in a form of a letter that the said soldier wrote for his family. It tells everything that he wanted to say to the most special people that he has left behind. From the lyrics alone, the song suggests that he will not be able to be with them in the important moments of their lives like the birth of their daughter. Despite that, he reassures his family that he is in a better place where they can finally live without war. The soldier urges their families to look at the brighter side and be certain that they will be forever in their hearts.

This is the reason why “If You’re Reading This” is considered to be one of the most popular funeral songs, especially for those with loved ones that are soldiers or serving in the military. Dealing with the loss of such loved ones may be difficult to take in and understand. With this song, however, these families are somehow given with the idea of their beloved son, husband, father, uncle, or brother has lived and is now moving forward to another chapter in their life. The healing effect of this song makes it a perfect tribute to the soldiers and their family all over the world. 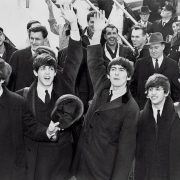 I Will - The Beatles 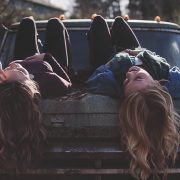 For the Good Times by Kris Kristofferson 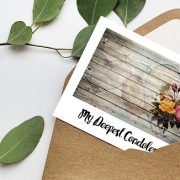 What to Write in Condolence Cards 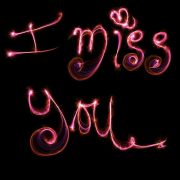 I Sure Miss You- The Crabb Family
0 replies