“I won’t let time erase one bit of yesterday

Coz I have learned that nobody can take your place.”

A song about an unending love despite distance and other tribulations, Mariah Carey’s “Never Too Far” was designated as the diva’s second single from her eighth album “Glitter”. This song (released in October 2001) also served as the soundtrack album for the movie of the same name. Along with the album, “Never Too Far” was not as successful as Carey’s previous and this was in coincidence with her emotional and physical meltdown which resulted to lesser promotions and publicity for the whole project. Despite the underwhelming performance of Glitter and the songs that were serviced for airplay, “Never Too Far” is a track that holds dear to Carey’s fans due to its meaningful content.

Running at around four minutes, “Never Too Far” starts out as a sad story between lovers. Carey emotionally sings about how their love transcended everything back then although she claims that the experience was something too painful to talk about. This perhaps refers to the fact that the relationship had ended in an unpleasant manner. Prior to the first chorus though, Carey sings that their love still has a place in her heart and all the memories that they created and shared together brought her happiness. That is why she sings in the chorus that her love was never too far away as the experience of falling in love with each other was a beautiful moment she just can’t easily throw away. As the song reaches its end, Carey says that despite all that what happened, the love that they had for each other remains irreplacable and she pleads her lover to “always remember love” because all this time, she was never too far.

Although “Never Too Far” is considered a love song, it is actually fitting for cremation services. The song is filled with lyrics that describe the eternal love that one person may feel to others – whether it is a family member, a friend, or a special one. It is a great representation of how somebody feels when a person that they hold dear leaves them for good. Using this as one of the funeral songs intensifies that feeling, hence it is a recommended track to play during such instances. It is also a reminder that even though a special person is gone, they are never too far because our love goes beyond life and death. 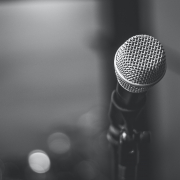 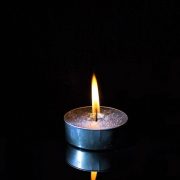 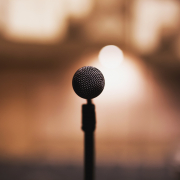 My Way by Frank Sinatra

In This Life: A Dedication to the Late Robin McLaurin Williams
0 replies