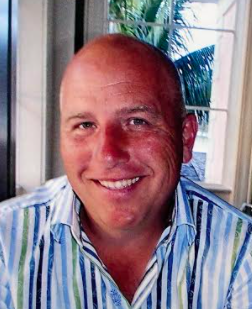 On September 24, 2020 the world lost a truly great guy, at the age of 54. David leaves behind his loving parents Peter and Joan (Kowalski), mother in law Marjean Demille, his Uncle Frank Kaminsky and predeceased by his Aunt Valeria. Married for 31 years to his soul mate Jane and father of two wonderful kids, Grace and Peter. Also leaving behind a Brother Ted (Carolyn) and greatly missed by many nieces, extended family and close friends.

David accomplished much in his lifetime as the founder and president of Grand Landscape Design Ltd. from 1988-2018, when he retired. He worked on countless properties, leaving each one more beautiful then he found. He was creative, fair, honest, strong and hardworking. He enjoyed his three years of retirement able to spend all of his time with family and friends-cooking, travelling and golfing but what he most enjoyed was just being together. Always the guy with the big and good ideas.

He was, however; most proud of his two children Grace and Peter. David was a fantastic father and his children will carry his traits with them forever.

While David battled melanoma (for 8 years) he continued to possess his amazing attitude dealing with everything with strength, positivity and humour. Always quick to remind us that he was a lucky man to have had such a fantastic life full of love but those of us who were closest to him know that it’s we who were lucky to have had him in our lives.

While gone too soon, his impact was huge and he will be greatly missed. In lieu of flowers a donation to Crossing All Bridges would be appreciated. A private celebration of David’s life will take place in the near future.