Blog
You are here: Home1 / Blog2 / Articles3 / How To Prevent Someone From Committing Suicide 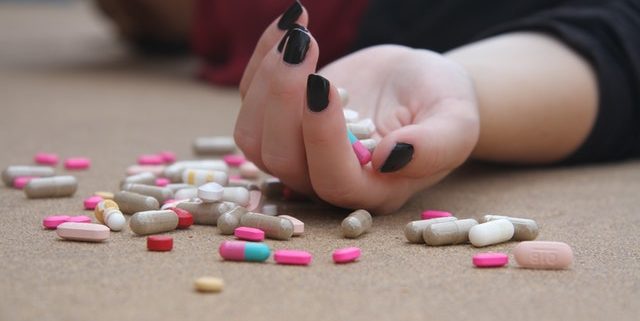 According to the American Foundation for Suicide Prevention, the 10th leading cause of death in the United States is suicide. The same organization said that at any given year, there are 44,193 Americans who kill themselves and that on average, there are 121 suicides every day. Their study also showed that one out of 25 Americans succeed in their attempt to kill themselves. Another study presented at the Pediatric Academic Societies Meeting last May revealed that the number of teenagers and children admitted due to thoughts of suicide has doubled in the last decade.

These statistics dramatize the fact that prevention is really critical if the rise in suicide rates is to be arrested. On a personal level, there are things you can do to prevent someone you know who is thinking of committing suicide, from actually doing it. Here are some of the preventive measures that you can consider that might prevent someone from committing suicide.

Talk About Suicide With The Person
Most people think that talking about suicide with the concerned individual is wrong because it will give him morbid ideas. However, if you will discuss the subject openly with the person who is thinking of killing himself, it will allow him to consider the consequences and the options that are still open for him. Admittedly, talking about suicide in an open manner is very difficult since it is commonly regarded as a taboo subject. So, how will you do it?

Don’t Argue With The Person
Firstly, avoid arguing with the person. Don’t tell him that taking his life will adversely affect his family, that he has so many reasons to live, and that it is better for him to think positive. You must remember that he is no longer thinking logically so offering logical reasons to prevent someone from committing suicide will not matter much at this time.

Don’t Give Advice And Offer Ways To Fix His Problems
This is the time when offering unsolicited advice will exacerbate his suicidal tendencies. It is also worthless to offer your solutions to his problems. And most importantly, don’t lecture him about the evil of suicide. Doing such things will only serve to alienate you from him. It also manifests your inability to empathize with his current feelings and emotions.

Don’t Promise Confidentiality
Encourage him to talk about his problems but never promise confidentiality. Remember that he is thinking of killing himself so the things that he may reveal will be important to someone who may be able to help him professionally. You are not squealing on him but are trying to save his life. Your part right now is to soak up all the information you can get about his current state of mind that will help a mental health professional choose the best method of helping him.

Ask About His Feelings
Once you have earned his trust and he is already comfortable in your presence, ask him questions about his suicidal tendencies. Ask him when he started feeling like this or how it all started. Then ask him how you can best help him at this time. Be sure that you are ready to provide the help that he will request of you. Given the situation, you would surely do all you can that will help save his or her life.

Just Be Yourself
It is very important not to take on the personality of a caregiver or a professional mental practitioner. At this time of stress, your friend needs you to be just the way he or she knew you. But as a friend saving the life of a friend, you need to rack up your sympathetic self. You also need to treat everything that he tells you seriously. Don’t ever take anything he or she says lightly. Show him or her that you are taking the situation seriously and that you are there to help in the way he or she wants it, not your way. Once you see that he or she is settled, that’s the time you can offer some advice such as seeking professional help.