Blog
You are here: Home1 / Blog2 / Articles3 / Leader of the Band by Dan Fogelberg

A quiet man of music
Denied a simpler fate
He tried to be a soldier once
But his music wouldn’t wait
He earned his love through discipline
A thundering, velvet hand
His gentle means of sculpting souls
Took me years to understand

My brothers’ lives were different
For they heard another call
One went to Chicago
And the other to St. Paul
And I’m in Colorado
When I’m not in some hotel
Living out this life I’ve chose
And come to know so well

A son’s grief for the death of his father can be quite complex.  There’s the constant struggle to remain rational in the time of mourning despite the pain, the lingering guilt for not showing how much he loves and appreciates him, the pressure to live up to his name, and that vulnerability, knowing that the once pillar of strength has now succumbed to mortality.

It doesn’t matter if you’re young or old.  The loss of your father can have a monumental impact in your life.  The loss of a role model, pillar of strength, source of wisdom, and the chance to let one’s father know how much he is loved, can be met with extreme shock and grief followed by that painful nostalgia of the man who once carried him on his shoulders.

Such is the sentiments of this funeral song, “Leader of the Band” by Dan Fogelberg.  The song was dedicated to his father, Lawrence Fogelberg, a musician and a band leader.

Dan’s father was alive when the song was released.  However, it has become the tribute of choice during funeral or cremation services to commemorate the life of a father or a father figure who has passed on.  The song is a bittersweet reminder of how the memories and legacies of one’s father will live on through his children.

Who Gets To Decide What To With The Ashes Of Your Loved Ones? 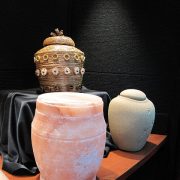 Get up and Move! – The Many Benefits of Being Physically Active