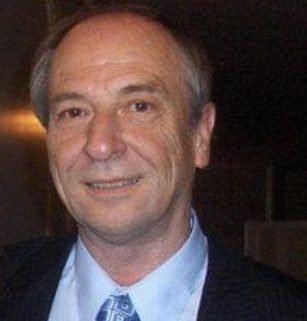 With his wife and son by his side on October 6th 2020, Gordon Holgate Barley succumbed to his battle with cancer.

Gordon will be fondly remembered by many family and friends in England, Canada and Brazil.

Gordon was a family man who was born ‪on February 15, 1950 in Winteringham, England. He met his first wife Rosina in 1967. His work led to his adventures in Africa and the oil rigs off Scotland. They made the decision to move to Canada with their two young daughters in 1979 and were blessed with a son a few years later in 1987. Gordon’s work brought them to Montreal originally and later to the Toronto area.

26 years ago he called Brampton home, with Rosa his second wife. They travelled annually to Brazil where he met extended family and made many friends.

He was known throughout his life for his dry and sarcastic humour as well as his quick wit. His vast knowledge paved way for success in many different endeavours. Always putting family first, he was a selfless loving and caring man.

A gathering to celebrate Gordon will be held ‪on Saturday October 10th 2020 at St. Johns Dixie Cemetery 737 Dundas St East, Mississauga. Visitation ‪starting at 3pm, and a ceremony to follow ‪at 4pm. A live stream will be made available to those who cannot be in attendance.

In lieu of flowers, the family would appreciate donations in Gordon’s memory to Sick Kids Hospital in Toronto.