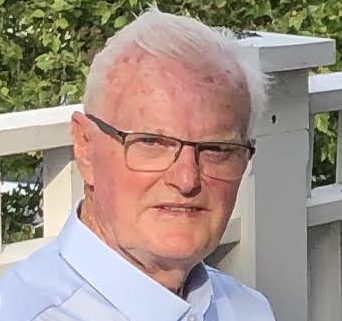 Charles Anthony Ward passed away peacefully on September 26, 2020 at Innisfree Hospice at the age of 83. Predeceased by his parents, Charles and Mary Ward and by sisters, Eileen, Mary, Antoinette and brother, Arthur. Devoted husband to Joyce Ward (nee Pendleton). Loving brother to Winnie Ward. Wonderful father to Debi Dawson (Paul). Cherished grandfather and Bom Bom to Chad Dawson (Sarah). Charlie will also be greatly missed by all his nieces and nephews in England, California and Spain.

Charlie began his working life as a Fire Fighter in the UK.  He emigrated to Canada in 1967 to start a new life for his family.  Charlie settled in Toronto and began a long-standing career as a Crane Operator.  Once he was established, his wife and daughter moved to Canada to be with him. Charlie eventually moved to Cambridge, Ontario and continued to work as a crane operator for Sutherland Schultz. He was a member of good standing with the International Union of Operating Engineers, since coming to Canada.

Charlie’s love for football was very well known. His heart resided with Liverpool Football Club.  Charlie spent most of his youth and early adult years sitting in the Kop watching his favorite team, but the one greater love was his family.  Family was everything to Charlie, there was nothing more important to him than his family. Charlie will forever be known for his kindness and compassion.  He never turned his back on anyone in need.  He was a true gentleman. Cremation has taken place and a celebration of life will be announced at a later date. Donations may be made to St. Mary’s Hospital or Innisfree Hospice.