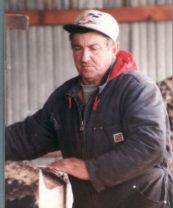 Thompson, Frederick Wayne – It is with profound sadness that his family announces the passing of Wayne on December 10, 2018. Born at Doan’s Hollow, dad was the eldest child of the late Albert and Mabel Thompson. He lived and farmed his life on the family homestead on St. John’s Road and was co-owner of Thompson House and Cottage Raising. He is survived by his children Shelley Thompson (Ron), Vickie Ivey (Richard) and Chuck (Amy). Papa Wayne to his grandchildren Melanie (Miguel) Correia, Jeff (Erin) McCutcheon, Melissa (Josh) Mandryk, Jason Reu, Cody Foster, Sawyer, Seth and Abby Thompson. Great papa to Victoria and Sophia Correia; Don and Landon McCutcheon, Ryan Kennedy, Ryder, Ryker and Rowan Mandryk and Blake Reu. Dad is also survived by his only sibling, Linda (Frank) Grummett. Predeceased by brother-in-law Les Feere. Dad fought a hard battle with conviction and dignity. He spent his last few days deer hunting on the family farm and reminiscing with family and friends. He will be sadly missed by his little canine friend, Mouse. Following his wishes, there will be no visitation or funeral. As we are putting together a memory book, we would appreciate receiving any written memories of our father. Memories and funny stories can be emailed to  wenige@nor-del.com. Donations may be made in Wayne’s memory to the Who-Did-It-Club, 36 Hillcrest Road, Simcoe, Ontario N3Y 4K6. Dad, we will miss your determination, drive and love. Shelley, Vickie and Chuck and families. Online condolences can be left at www.tranquilityfuneralservices.com