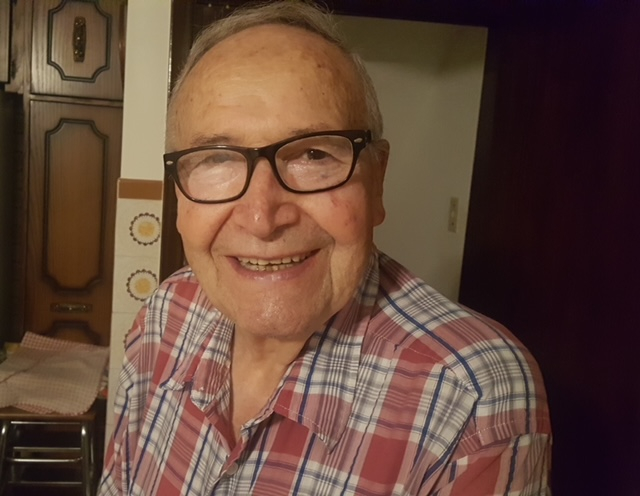 Serafino Cipolla of Hamilton, Ontario went to heaven on August 19 2021 to be with his Lord and Saviour Jesus. He is preceded in death by his parents Guido Cipolla and Virginia Castelletti and three brothers and two sisters.

Serafino was born on June 12 1930 in San Benedetto Del Tronto, Italy. As a boy in Italy he worked hard to help support his family. His met his lovely wife Cesira (nee Corradetti) in Italy who is also from San Benedetto Del Tronto, before emigrating to Canada in 1957. First living in North Bay, he found his home in Hamilton. There he found work in the auto body repair industry, eventually owning his own business and having the respect of others for his meticulous and expert painting abilities. Together with Cesira for 63 years, they raised four children : Nev (Bev), Virginia (Armando), John, Reno (Barb).

Serafino’s passion in life was his family, especially his grandchildren, his garden, Cesira’s home cooking, making tomato sauce, watching Italian soccer, and reading God’s Word. In an uncertain and unstable world, his faith in God gave him peace. Sadly in his last few months Serafino struggled with illness. The family would to thank the team who took care of him at the Juravinski Hospital in his last days.
His is resting at Holy Souls Mausoleum in Burlington.

Jesus said, “I am the Resurrection and The Life. The one who believes in Me will live, even though they die.”

How to leverage technology to help manage grief
Scroll to top