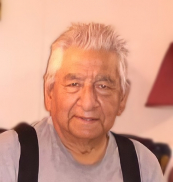 It is with great sadness we announce the passing of Sherwin Donald Maracle in his 83rd year on Sunday October 17th. After a brave battle at the Juravinski Hospital in Hamilton, he passed away surrounded by his family.
Loving husband of Judy for over 57 years. He will be dearly missed by his daughters Shirley Herkimer and Debra (Kevin) Buzek. Cherished Papa to Michael and Joshua. Dear brother to Verona (Jim) Wable, Brenda (William) Bradley, Ken Maracle, Vivian (Robert) Bradley and Marilyn (John) Hill. Predeased by his parents Stewart and Mary, brothers Peter, Stephen and sister Eilleen.
Brother in-law to Eric (Loretta) Piercey, Marie (Vern) Very, Gerald (Dorothy) Piercey, Mary (Bill) Batstone, Glenda (Gil) Whyatt, Robert (Pat) Piercey, Ford (Liz) Piercey, Grace (Gary) Elvik and Kim Piercey.
He will also be missed by many nieces and nephews.
The family would like to thank the doctors and nurses at the Juravinski Hospital, with heartfelt thanks to Dr Dath and the nurses on Ward F4 for their kindness and compassion.
As per Sherwin’s wishes, a cremation has been taken place. A Celebration of Life will be arranged at a later date due to COVID restrictions.
https://tranquilitycremation.com/wp-content/uploads/2016/04/logo2.png 0 0 Tranquility https://tranquilitycremation.com/wp-content/uploads/2016/04/logo2.png Tranquility2021-10-20 08:20:372021-10-26 10:43:48Sherwin Maracle
0 replies